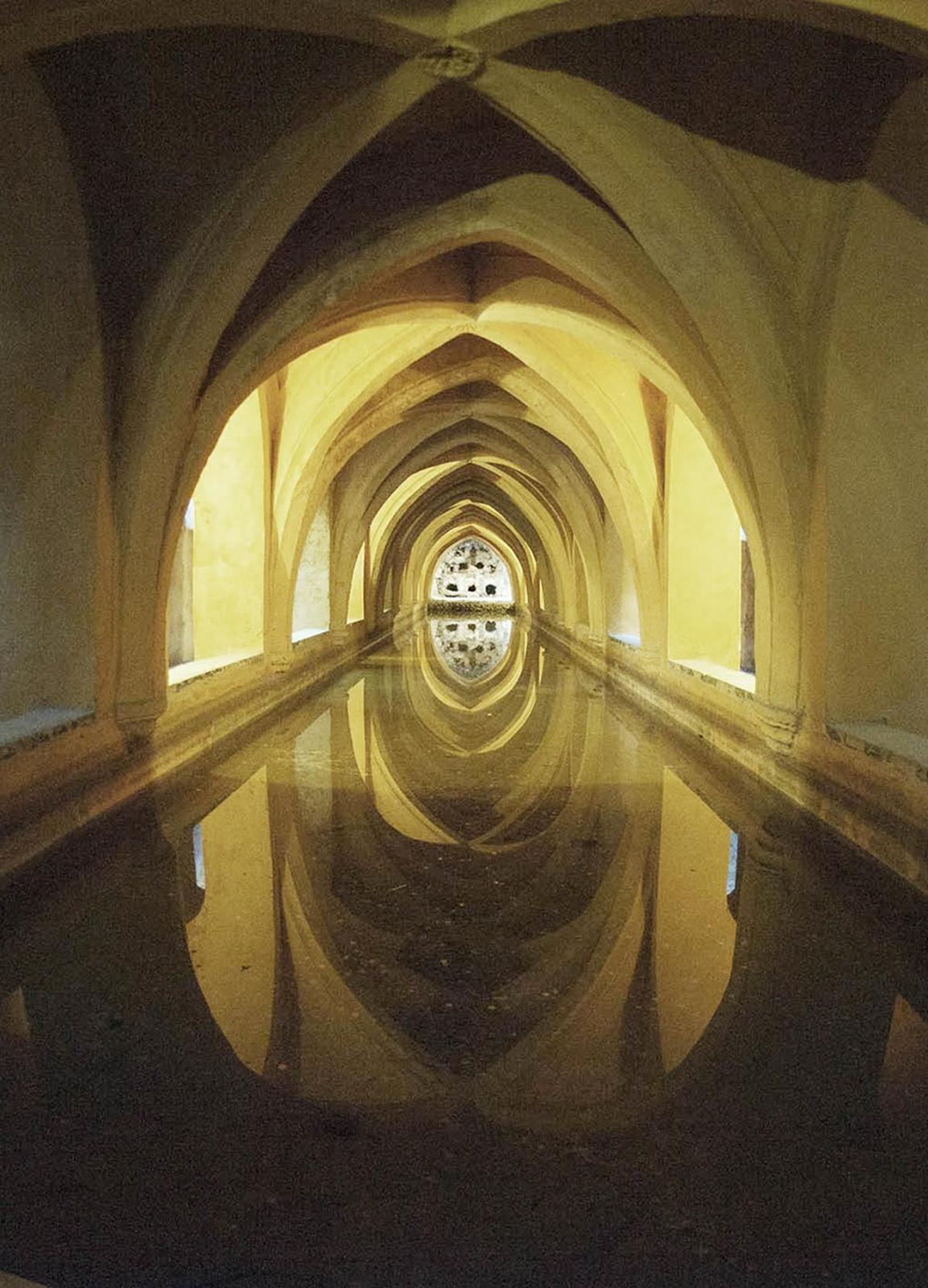 Whoever enters this underground passage will find the coolest space of the whole palace, an ideal place for the summer period. In fact, this place is located just below the Patio del Crucero. The pond that runs it is not other than the pool that stretched by that courtyard in the Almohad period, which King Alfonso X covered with ribbed vaults, when he ordered his Gothic Palace to be built, to configure precisely a covered summer garden. The Venetian diplomat Andrea Navaggero, following his visit in 1526 for the wedding of Charles V, collects the legend that gives name to this basement when he speaks of the presence of a large canal that served as a bath to the Moors and where they say that Miss Maria de Padilla, beloved of King Don Pedro, bathed very often. Within the program of reforms of the gardens that made the Austrias after the imperial link, this space was intervened by building, with a very Italian taste, a nymphaean or fountain where the nymphs, aquatic divinities of the caves, fountain of which there are some remains in one end of the pool, while opening an access to communicate all this basement with the outside gardens. The nymphs were thus linked to the party that took place among the other mythological characters of the Garden of Dance to form one of the most mysterious and esoteric places of the Renaissance garden. Unfortunately, after the Lisbon earthquake of 1755, the structure of the entire Patio del Crucero suffered major damages that advised its filling, leaving separated for good what was once united.