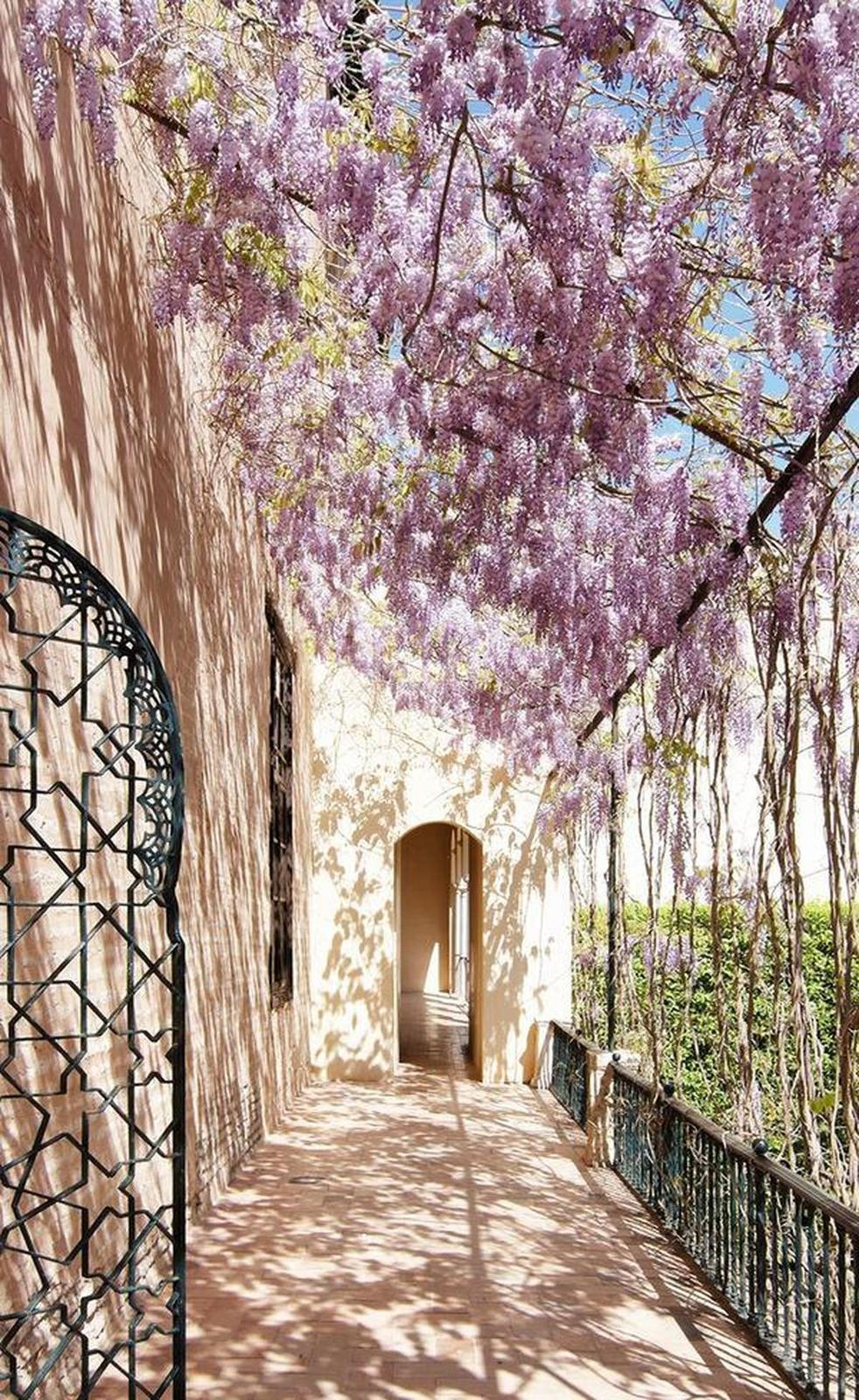 Garden of the Galley

The “Garden of the Galley” owes its name to some ships trimmed in hedges of myrtle and boxwood that, just like in a naval battle, even had jets of water with canyons. This gardening technique, consisting of making sculptures using vegetation as material, is known as topiary. Widely used by the ancient Romans, the moment in which these gardens were built, the Renaissance, in its process of conscious recovery of the classical culture, made it trendy again. Today, there is nothing left of these galleys, but they were very celebrated in their time, as it is reflected in the travel chronicles of Rodrigo Caro in the seventeenth century. Today, the garden consists of four flower beds planted by a rich variety of Mediterranean flowers and shrubs. The Renaissance current does not cease to coexist, in the “Garden of the Galley” and in the so called low gardens of the adjacent pool, with the Islamic tradition. The spaces are delimited by green walls, being lined with orange trees on trellis, a technique typical of the Andalusian medieval garden. In the continuous dialogue that Islamic and Renaissance establish in these gardens, it is convenient to recall a text that is a classic treatise, the one of Alonso de Herrera. His Book of Agriculture (1539) cites the well-known examples from the Alhambra and the Generalife of Granada, made with this technique. It is interesting to see how in two moments of arrival of plant species - the Andalusi times on the one hand, with the introduction of citrus and vegetables that represented a first "green revolution" in southern Europe, and the navigation with America on the other hand - there was a renewed interest in botany that had its reflection in experimentation, but also in the writing of treatises and agronomic texts. Both periods coincide also in reviewing what was known of the subject in classic time, contributing to the recovery of the Greek and Latin knowledge. In this way, an invisible thread seems to unite over time to Andalusi agriculturists Ibn al-Awwam and Renaissance botanists like Monardes. Beyond political and religious differences. It is this cultural overlap that makes hybridization possible.