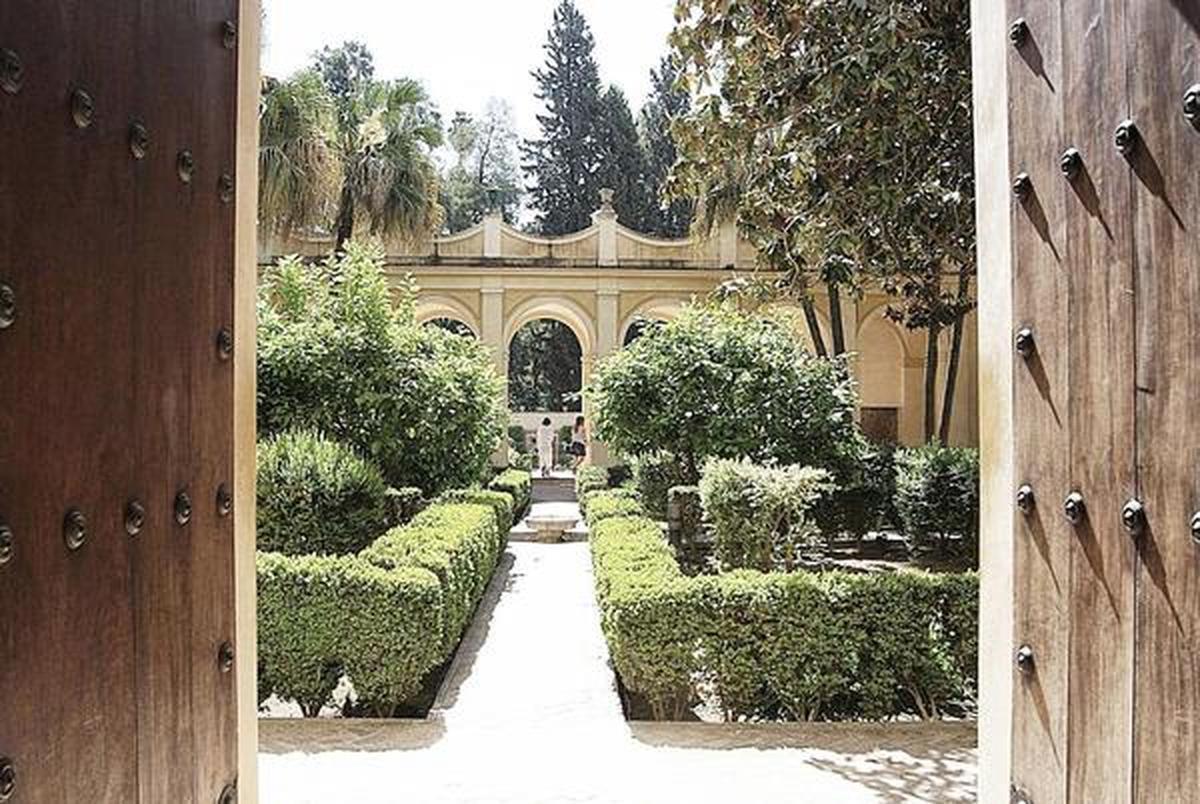 The wedding of Charles V and Isabel of Portugal was the excuse from which the monarchs of the House of Austria promoted a great transformation of the Alcázar and its gardens. The intention was to condition them to a style more in line with the European fashions of the time, the Renaissance. Thus, the old productive gardens of Islamic origin that surrounded much of the medieval palaces are replaced during the sixteenth and early seventeenth centuries by new gardens that serve as a setting suitable to the tastes of the new dynasty inaugurated by Charles V. The first intervention of which we have written records is from 1539, and it is this “Prince Garden”, also called at that time "New", precisely because it was just created. The name “Prince” refers to the first-born of the Catholic Monarchs, Juan, being in a nearby room. At the architectural level the upper gallery stands out, linking the high rooms of the palace, made in the 17th century by Milanese architect Vermondo Resta. The vegetation used to make this patio a garden is characterized by plants of traditional use in that classic gardening that the Renaissance sought to recover, such as the laurel or aromatic boxwood, whose aroma is propagated subtly by the nearby Hall of Ambassadors. There are also other exotic species that were incorporated later, like the magnolia or the Chinese palm trees. However, it is interesting to see how they continue to be used, in these centuries of the House of Austria in which the Muslim footprint is intended to be left behind, plants much loved by the Islam like the jasmine, aromatic climber that according to Rodrigo Caro grew everywhere in this Garden around 1634, when the humanist visited the Alcázar.